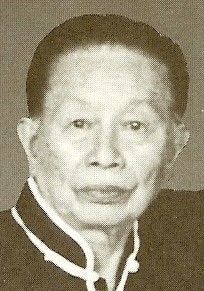 Ho Lap Tin was born on December 2, 1916 in Cao Zhou, Guangdong. He greatly admired those with a military spirit and the idea of a “noble warrior” in his youth. He first learned Chinese boxing in his home village. His dignified bearing marked him as a man of strength. Later on, under the teaching and guidance of Master Cui Yan Kai whose father was the chief armed escort of the Anhui Professional Establishment of Armed Escorts, Ho Lap Tin not only learned martial arts but also learned Chinese medicine and studied “tit da”- the healing arts for bruises and sprains. This organization belonged to the Northern sect of Chinese boxing. Ho Lap Tin studied zealously and was highly successful as a student in both Chinese boxing and Chinese medicine.

Ho Lap Tin greatly admired Chinese martial artist Dong Fong. Dong Fong had a good reputation and his martial arts originated from the Siu Lum Temple. In an effort to bring Siu Lum martial arts and its philosophy to a broader population in China with an eye to building the country, masters such as Hung Hei Gune and Luk Ah Choi had handed down the essential teachings (in the South of Five Ridges). Wong Kay Ying carried forward Luk Ah Chois’s skills which had been handed down and guarded secretly. Wong Kay Ying worked to further develop expertise in Chinese martial arts and to promote martial moralities. He enjoyed great fame and was nicknamed “One of the Ten Tigers of Guangdong.” His son, Wong Fei Hung not only followed in the footsteps of his father but further developed the form. His students spread the form throughout the world. Master Tang Fong was Wong Fei Hung’s favorite disciple. He established a martial arts school at Dai He Ji in Guangzhou and opened a “Yee Yong Tong” (Hall of Righteousness and Courage) to coach selected students. 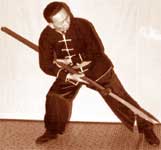 Ho Lap Tin formally became a pupil of Dong Fong at this time to learn martial arts. When the war to oppose the Japanese Invasion of China broke out, Ho Lap Tin joined the Chinese army as a military martial arts officer to train the Broadsword Brigade and to also train soldiers in hand-to-hand combat. He suffered untold hardships, yet was unswervingly devoted to serving China.

After the Japanese surrender, Ho Lap Tin recovered and returned to Guangzhou and eventually to Hong Kong. At the same time, Dong Fong had also gone to Hong Kong at the invitation of the East District Fresh Fish Sellers of Shaukiwan in order to teach martial arts and practice Chinese medicine. Dong Fong asked Ho Lap Tin to be his assistant. There, Ho Lap Tin became a close associate of Tang Fong and also learned more gung fu from him. The teacher and his disciple worked together tirelessly to support the community in Shaukiwan. When Tang Fong passed away having left no relative, Ho Lap Tin carried on the funereal rites in the role of Tang’s son.

Ho Lap Tin’s moral integrity was deeply respected. He had a sincere and kind nature and found pleasure in performing charitable work and practicing Siu Lum martial techniques. Whenever there was a benefit performance, he always led his students to take an active part in the performance. He participated in support activities for the poor and to supporting a fund for financial aid for students every year.On May 8, 1968, at a time when free fighting was not popular in Hong Kong, Ho Lap Tin answered a patriotic call from the Chinese Overseas Daily to provide support for children’s education in Hong Kong. He sponsored a large entertainment gathering to aid in the children’s education movement. The meeting took place at Xui Deng Stadium in Wan Chai. Because there had never been free fighting performances in martial arts shows in Hong Kong, it was the first grand occasion of a public display of this sort. This novel style which Ho Lap Tin presented caused a scramble for tickets among the people and the shows were sold out much earlier than expected. The performances drew loud applause from various circles of Hong Kong people. In this way, Ho Lap Tin became the forefather for free fighting marital arts in Hon Kong. As a result, the Chinese Overseas Daily published a special article appealing to martial arts circles to promote the skill of free fighting to resist outside aggressions and to preserve the high reputation of martial arts. 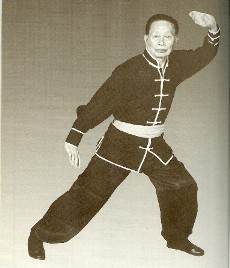 On February 20, 1980, again in response to the call of the Chinese Overseas Daily to mount a campaign to raise funds for children’s’ education, Ho Lap Tin sponsored a big Hong Kong martial arts performance which featured discussion and emulation on Hung Ga Gung Fu at Xiu Deng Stadium.This performance once again created a stir in Hong Kong and Kowloon.Tickets were sold out and the stadium was packed. The event raised considerable funds for the children’s education in Hong Kong. Besides his efforts to promote and preserve the art of hung gar and his noteable charity work to help those in need, Ho Lap Tin has written number of books on Hung Gar gung fu, namely “Self-defense Hung Ka Pugilism”, “Hung Ga San Sau”, “The Shooting Star Boxing of the Shaolin Hung’s Pugilism”. Ho Lap Tin passed away in 1995. Today, in America he is represented by his long time disciple Cheung Shu Pui sifu of Philadelphia.

The information contained on this page is gratefully reproduced with the permission of Hung Kuen Net.